March 26, 2016, was the beginning in a show of solidarity against anti-Black racism in the city of Toronto; Black Lives Matter Toronto (BLMTO) spent 15 days out in the cold, at Toronto Police Headquarters, in protest for the killings of Eric Garner, Michael Brown and Toronto’s Jermaine Carby and Andrew Loku, at the hands of police officers.

On the second day of the protest, police officers removed tents and doused a fire that was set up to keep the protesters warm. The two week protest ended with the demonstrators meeting with Ontario Premier Kathleen Wynne outside of the provincial Legislative Assembly in Toronto. The Premier acknowledged anti-Black racism and agreed to a public meeting with BLMTO leaders. The demonstration led to a coroner’s inquest into the death by police shooting of Andrew Loku, a 45-year-old black man with a history of mental illness.

The last day of the occupation ended with the protesters erecting a giant, white-on-black banner outside of Toronto police headquarters, as a reminder of what had taken place. The sign read, “You are on notice. Your anti-blackness has been exposed. We are not finished.” These images connect people, especially people who live with barriers that prevent them from being on the front line, to the BLMTO movement.

This photo essay looks at systemic anti-Black racism in Toronto. 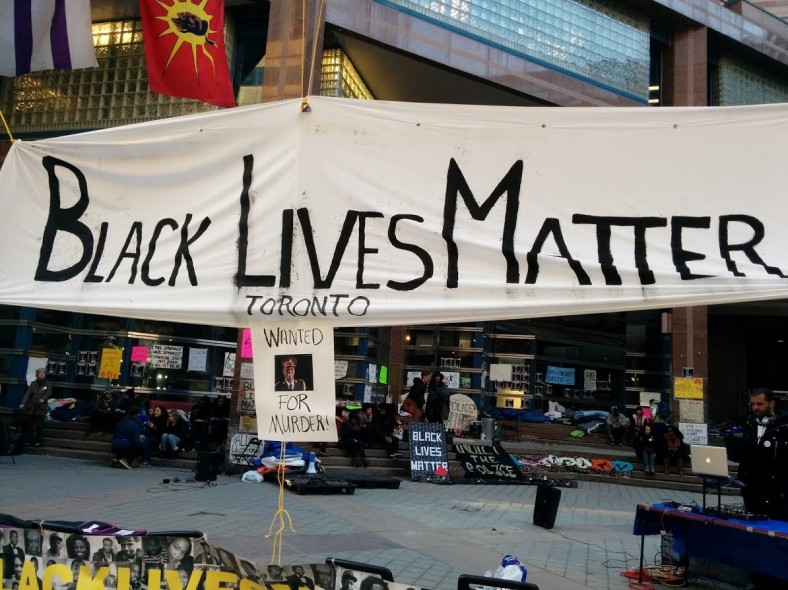 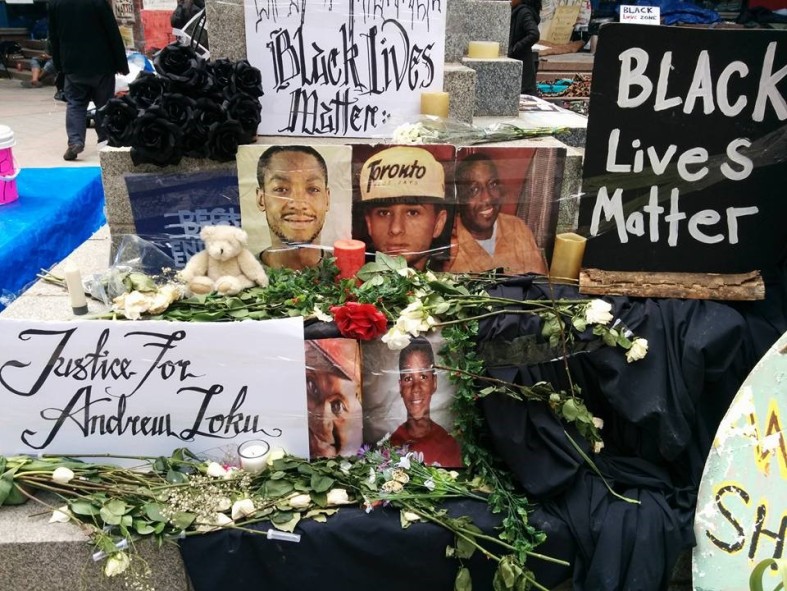 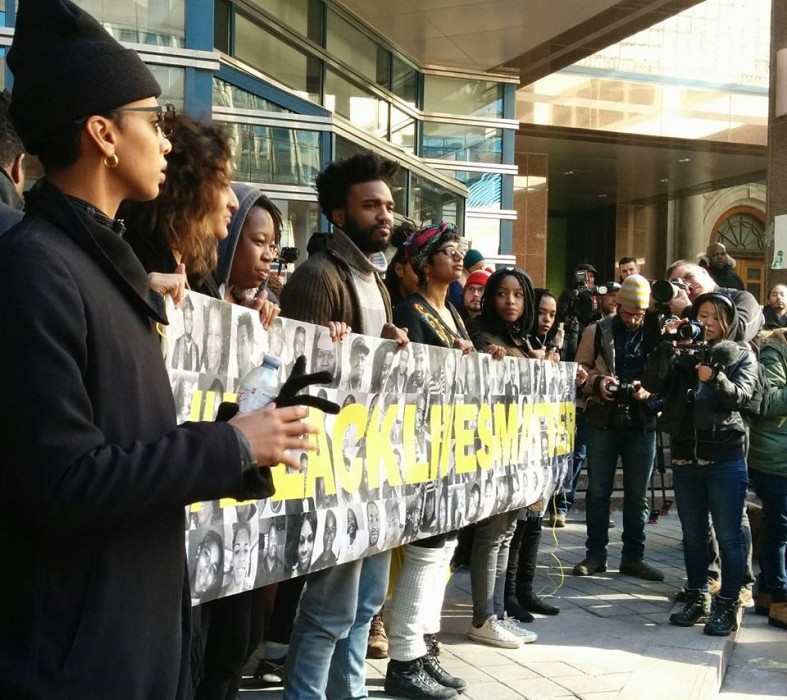 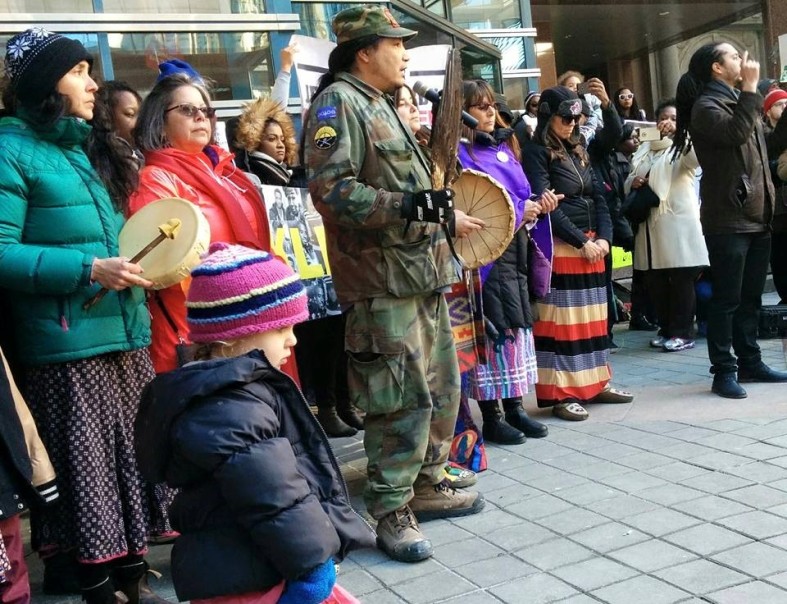 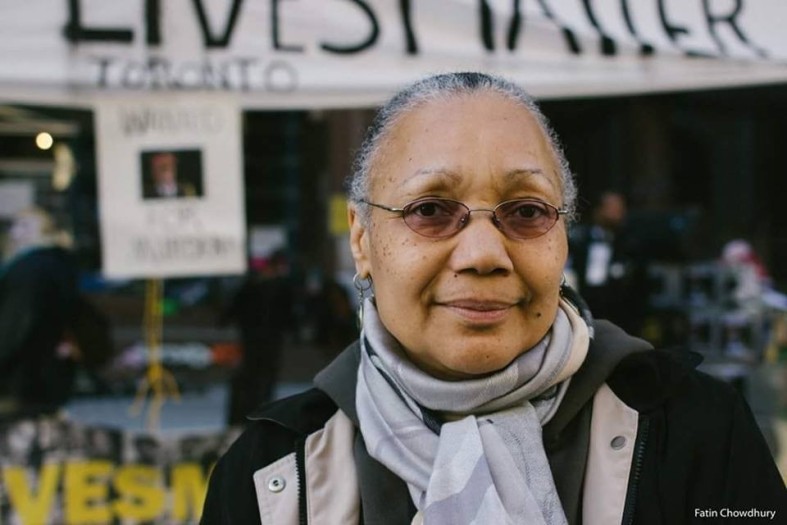 As an elder, artist and activist, I took part in the BLMTO occupation at Police Headquarters 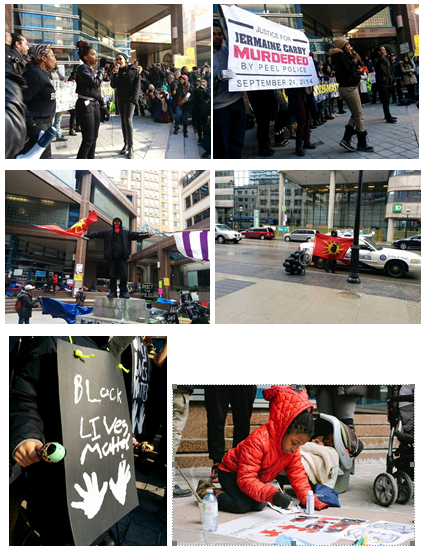 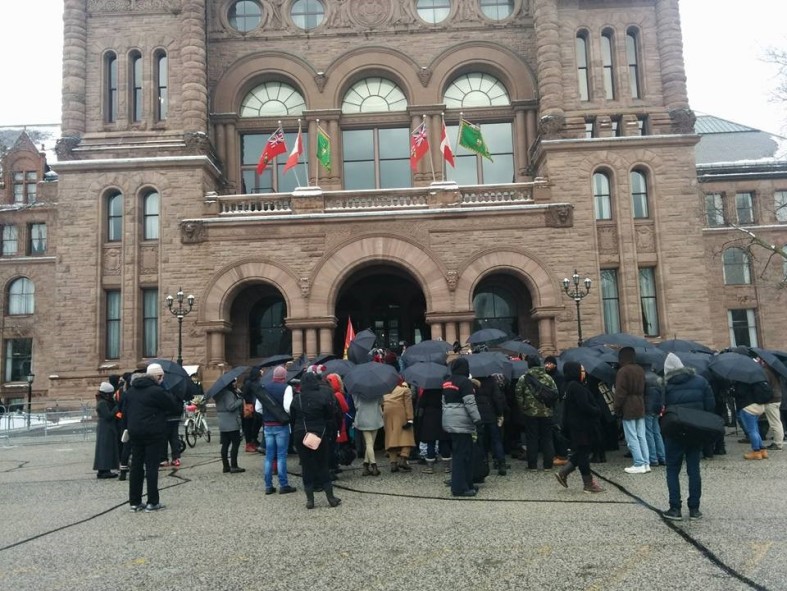 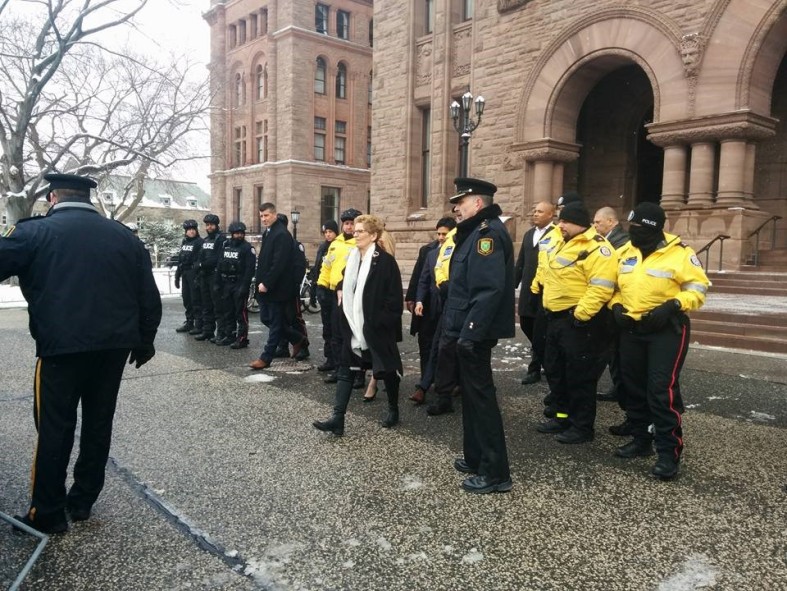 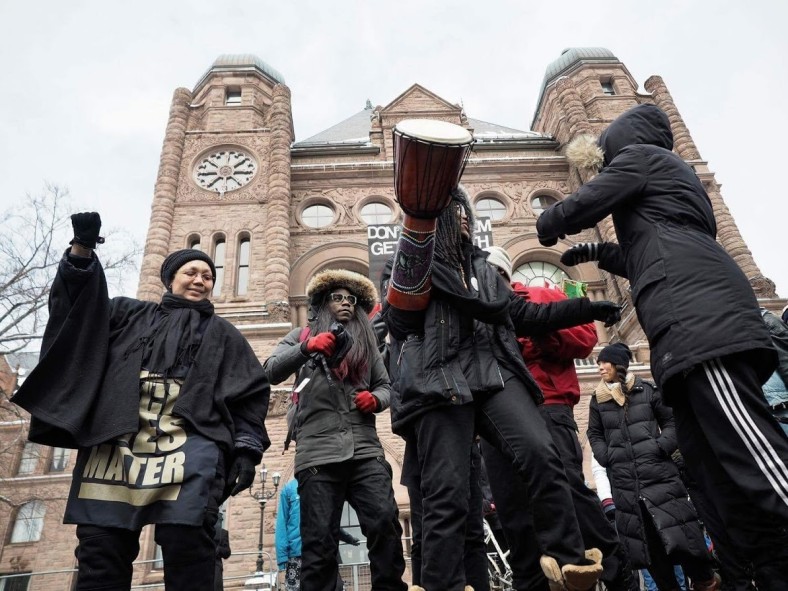 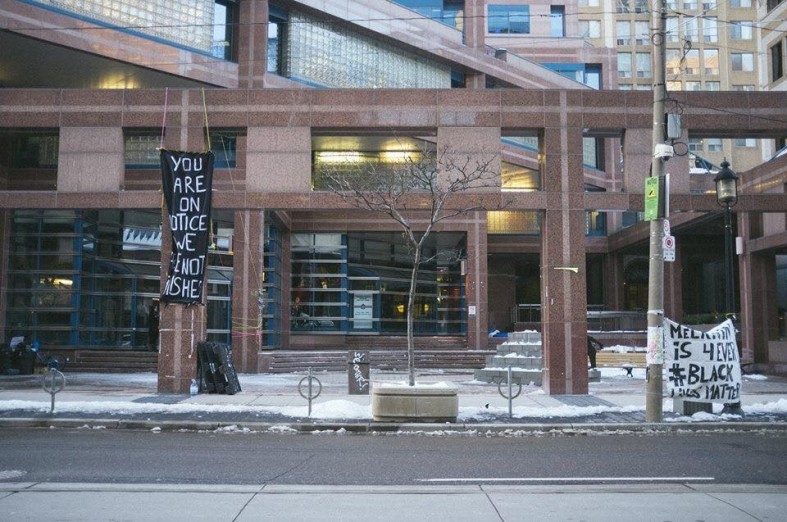 “You are on notice. Your anti-blackness has been exposed. We are not finished.” 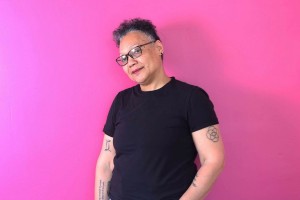 Gloria Swain is a Black feminist artist and activist whose work has been met with critical acclaim. She holds a Master’s Degree in Environmental Studies and Community Arts Practice Certificate. Growing up in an era deeply rooted in racism, Gloria’s work addresses anti-black racism, mental health and violence against black women.

This work is licensed under a Creative Commons Attribution-NonCommercial-NoDerivatives 4.0 International License.